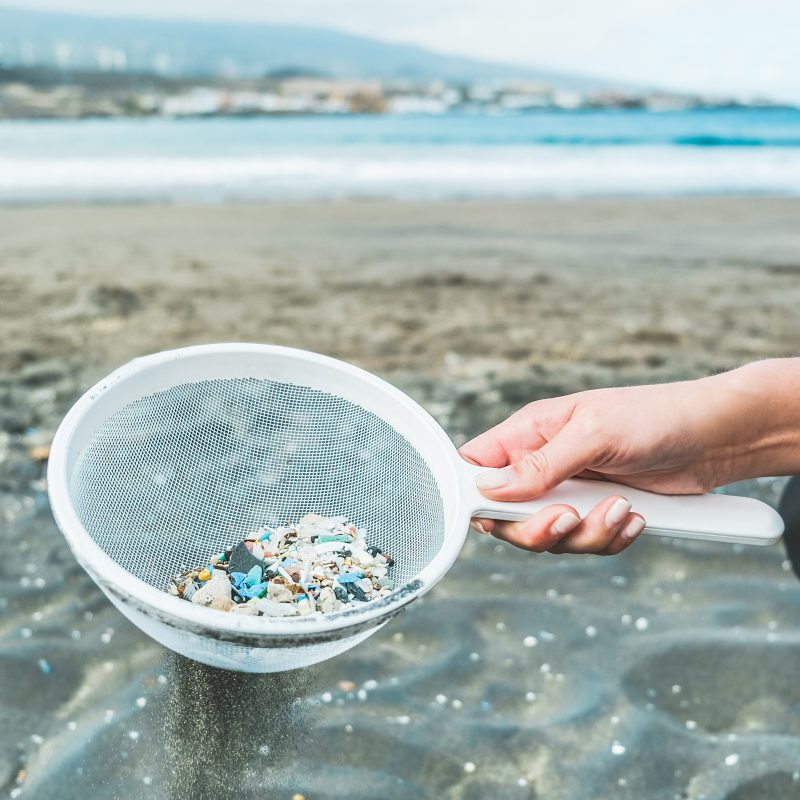 Find out about Imogen Campbell-Gray's participation in eXXpedition - a sailing expedition to the South Pacific Ocean to examine plastic pollution.

Imogen Campbell-Gray works for Veolia Environnement in the safe management of hazardous wastes specialising in complex environments worldwide. In March, she will set sail with eXXpedition on board the SV.TravelEdge, a scientific sailing yacht to sample plastics pollution levels in the South Pacific Ocean. During twenty-four days of sailing from Rapa Nui (Easter Island) to Tahiti crossing the largest of the 5 oceanic gyres she’ll sample an area where plastic waste accumulates in what is known as a garbage patch.

We caught up with her to find out more…

I work for SARP Industries, Veolia Environment’s hazardous waste subsidiary. I specialise in the international clean-up, environmental remediation and disposal of hazardous wastes including pharmaceuticals and agrochemicals. We work all over the world but are often led to areas of Africa and countries that lack technical expertise or infrastructure to deal with these complex waste streams.

eXXpedition combines two of my real passions, environmental awareness and adventure. I’ll be one of few that get to experience, understand and visualise ocean pollution first hand. I’m also studying a Master’s degree in environmental toxicology alongside my job and I am planning to use some of the data collected as the foundation for my research.

My work has taken me to many places where waste is an issue however, the areas that carry the heaviest load are almost always the smaller island nations. They have the initial challenge of managing their own waste with the added pressure of ocean debris collecting on their coastlines. It is near impossible for these areas to put in place the infrastructure to deal with such a complex issue. In the meantime waste continues to wash up on their shores.

I wanted to start a platform from which I could post about my journey to the South Pacific. I found that my friends and others are fascinated about what I do. Most people know very little about waste management and ecotoxicology, in fact, the most common reactions I get are ‘wow, I didn’t know that was a job’ and ‘that must be a very male-dominated environment! I also hope ECOTOXIQ will encourage girls to pursue a career in STEM. Yes, waste management can go beyond you own bins!

Despite many campaigns and beach cleans, there is no real way to clean up the plastic already in the oceans. The only way we can make a significant effect immediately is by reducing the leakage and managing waste better.

Just do what you can. Here’s a link to my blog where I’ll be posting about what you can to help. You don’t have to sail the seas to make a difference. Stay tuned…

eXXpedition is a Community Interest Company and not-for-profit organisation that runs pioneering all-female sailing research expeditions to investigate the causes of and solutions to ocean plastic pollution. Founded in 2014, they have run expeditions all over the world. Previous scientific research has highlighted the endemic nature of microplastics within our ocean environments globally. Their focus is to advance a better understanding of the plastics issue as a whole and to work with industry to pinpoint solutions and policy at a global level by addressing knowledge-gaps and delivering evidence to inform effective solutions.

Leg 8 of the voyage will see the crew sail from Easter Island to Tahiti, via the Pitcairn Islands.  Starting at Easter Island, one of the most remote inhabited islands on Earth and surrounded by the Rapa Nui Marine Park, the crew will be exposed to some thought-provoking experiences as they meet with a local community organisation to look at the plastic pollution challenges on land.  They will then set sail towards the Pitcairn group of islands and weather permitting, will visit Ducie, an uninhabited island that is the southernmost atoll in the world. Ducie lies 300 km east of Henderson Island, and studies conducted separately in Ducie Island in 1991 and in Henderson Island in 2017 have extrapolated that there is between 200 and 2,000 times more trash on the islands now than there were back then (Scientific American). It will provide an interesting stopover on their way to Tahiti as they step ashore to investigate some of the impacts of this influx of marine debris.

They will set sail again for Tahiti, the largest island in French Polynesia. Having sailed 2500 nautical miles they will be treated to amazing scenery as we head towards land, with the high peaks of two extinct volcanoes, part of the Society hotspot volcanic island chain and a rich coral reef fringing the island. The crew will have an interesting story to share when they set foot on land and collaborate with a local community group to raise awareness of the issue and share their findings.

Find out more about eXXpedition here.

Become
a Member
of UKCPN